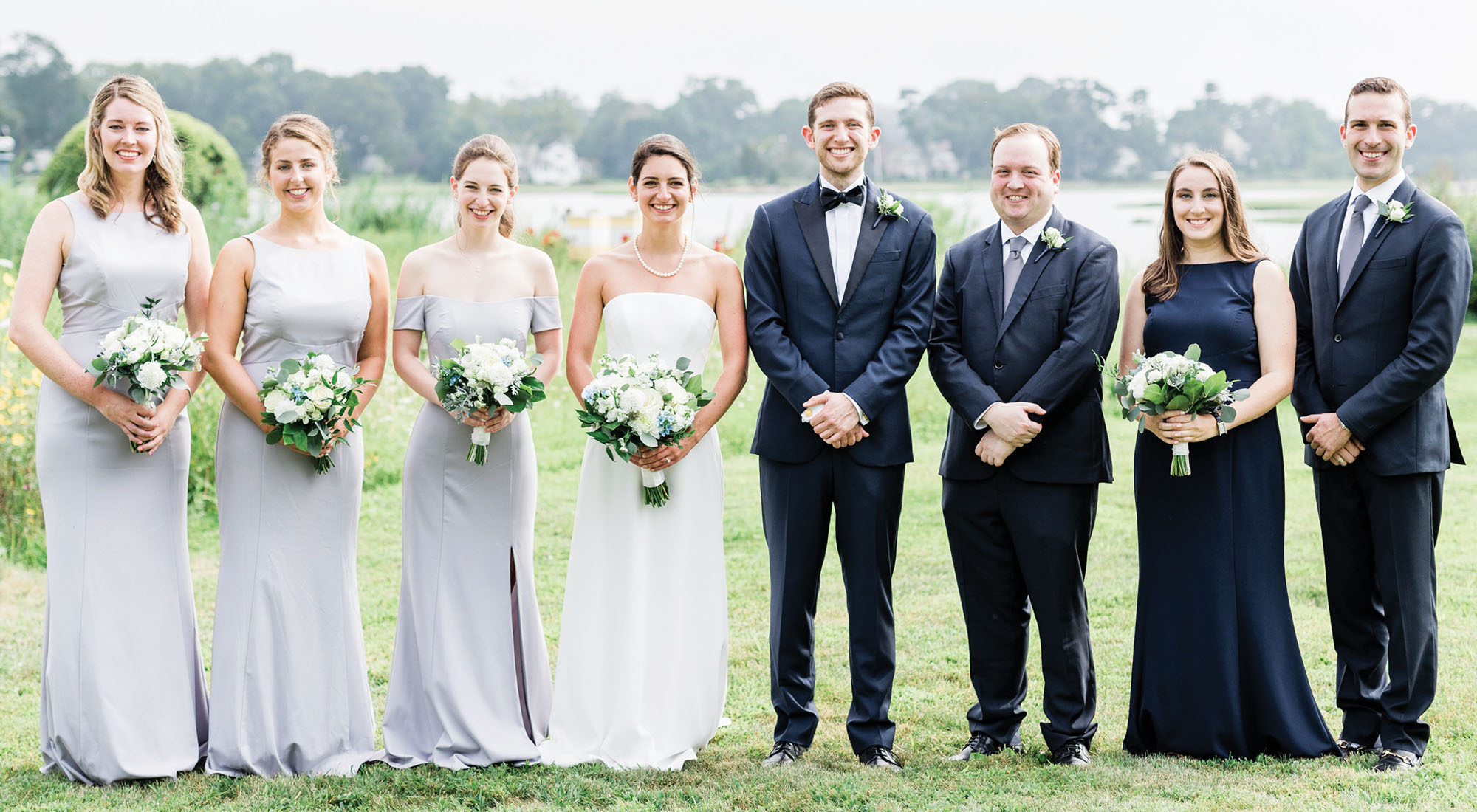 Live from New York, it’s Alex and Adam!” (We’ll get to that later.) The pair first met through a mutual friend while studying at Cornell University. They hit it off and took their relationship through college and into the real world. But when it came time to propose four-and-a-half years later, Adam brought it back to where it all began. He proposed to Alex at their favorite spot, Sunset Park, just off of Cornell’s campus. It was a snowy March weekend, and Alex was on campus for a recruiting trip. Adam, coordinating with Alex’s sister Abbie (a current student) and work colleagues, surprised Alex with a beautiful proposal as the sun set.

Rabbi Micah Greenstein, a college friend of the bride’s parents who officiated at their wedding thirty-three years earlier, officiated at the ceremony at Alex’s childhood home in Riverside. A reception followed at Riverside Yacht Club.

The bride, daughter of Andy and Debbie Kramer, graduated from Greenwich High School, Cornell University and Johns Hopkins University. Alex is a digital product manager for Johnson & Johnson in Manhattan.

The groom, son of Bruce Turkle and Marcia Nackenson of New Rochelle, graduated from New Rochelle High School and Cornell University. Adam is a page at Saturday Night Live.

The Turkles honeymooned in Kruger National Park, in South Africa, and Barcelona, Spain. They live in Hoboken, New Jersey.