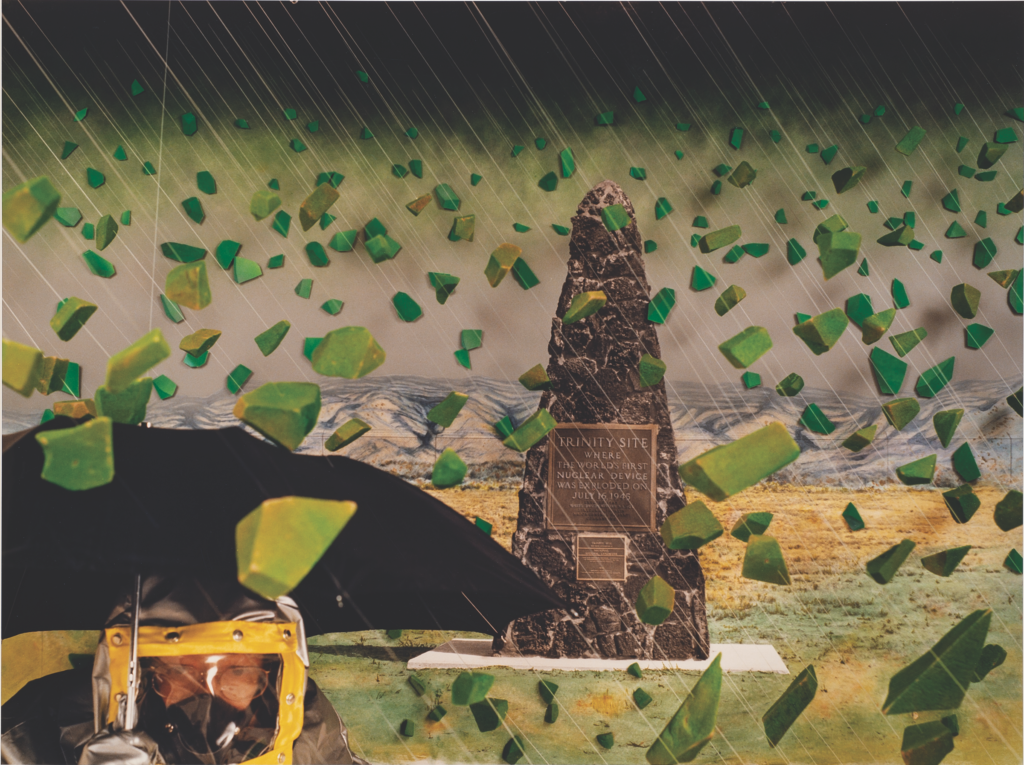 From Free with admission to the Museum

The Bruce Museum will present the exhibition, Patrick Nagatani: Chain Reaction, on view from June 27, 2021, through October 31, 2021. The exhibition will feature the entire Nuclear Enchantment series, a powerful body of work made between 1988 and 1993, which deals with the history of nuclear weapons development in New Mexico, as well as the effects of this industry on the people and places there. As a Japanese-American, this was a particularly resonant subject for Nagatani, whose parents were both put in internment camps during WWII, and whose father’s family hailed from outside of Hiroshima. Originally planned for August 2020, the exhibition was intended to coincide with the 75thanniversary of the U.S. bombings of the Japanese cities of Hiroshima and Nagasaki, but was delayed due to the Covid-19 pandemic.

Consisting of 40 photographs, the series presents a politicized intervention as Nagatani constructs multilayered and wildly imaginative images that unsettle our understanding of this complex time and place in U.S. history. The jarring juxtaposition of ancient symbols and figures from Japanese and Native American culture alongside uranium mining facilities and contaminated deposit sites creates a visual discord that speaks to this complexity. At once harrowing and humorous, these artworks participate in the ever-relevant debate weighing the benefits of scientific and technological progress against the preservation of cultural history and the natural world. The exhibition will also feature artifacts from the Bruce Museum historical collection, including Native American objects, as well as a Soviet-issued gas mask and Geiger counter, echoing the dissonance that the photographs create, and enhancing the exhibition experience for museum visitors.

The exhibition is curated by Stephanie Guyet, an independent curator and former Zvi Grunberg Resident Fellow for the Bruce Museum.

The Bruce Museum is grateful for exhibition support from the Charles M. and Deborah G. Royce Exhibition Fund and the Connecticut Office of the Arts.