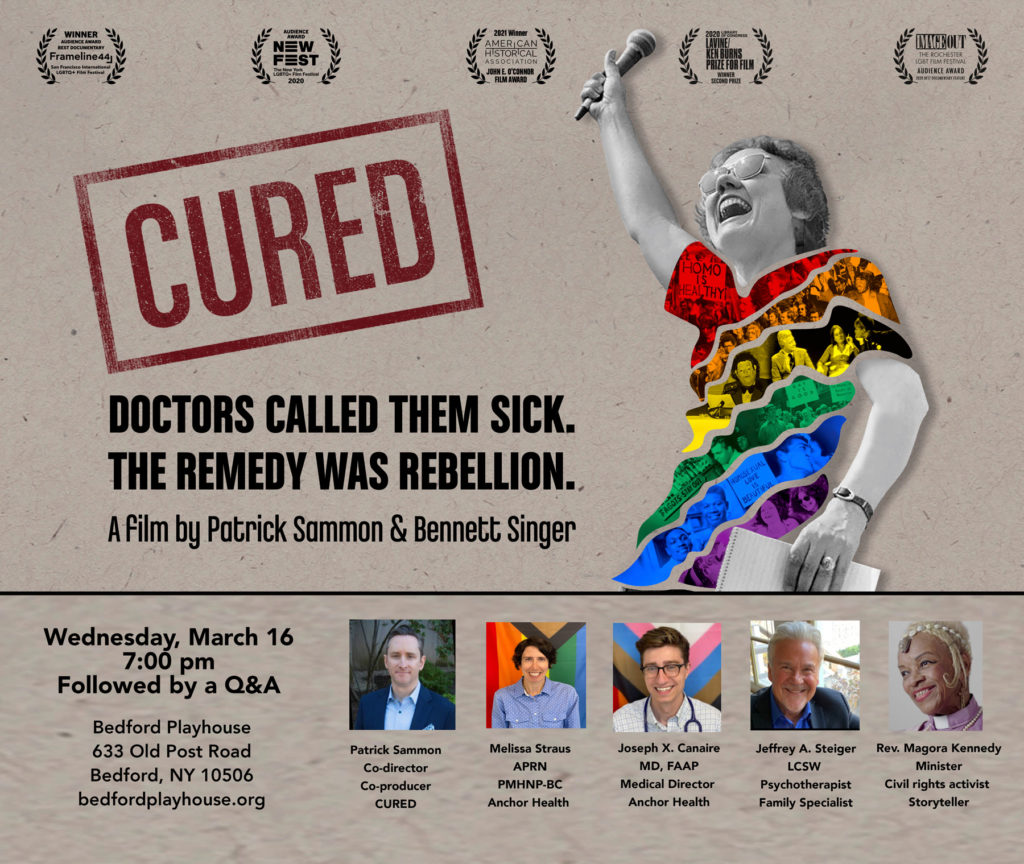 Bedford Playhouse’s Let’s Talk series will be hosting the screening of CURED about the LGBTQ activists who won a momentous victory resulting in the American Psychiatric Association removing homosexuality for its manual of mental disorders in 1973.

The screening will be followed by a Q & A with

Rev. Magora Kennedy, civil rights legend and one of the film’s main storytellers

Described as “fascinating” (Hollywood Reporter), “riveting” (The Queer Review), and “one of the best documentaries of this or any year” (British Film Institute) — and the winner of the American Historical Association’s John E. O’Connor Award for the best historical documentary of 2021.

CURED takes viewers inside the David-versus-Goliath battle that led the American Psychiatric Association to remove homosexuality from its manual of mental illnesses in 1973. Watch the trailer for CURED.

Mentally ill. Deviant. Diseased. And in need of a cure. These were among the terms psychiatrists used to describe lesbians and gay men in the 1950s, 1960s, and early 1970s. According to the medical establishment, every gay person—no matter how well-adjusted—suffered from a mental disorder. And as long as lesbians and gay men were “sick,” progress toward equality was impossible.

CURED, which was broadcast nationally on PBS last October, introduces the key players who achieved this victory, along with allies and opponents within the APA. The film illuminates the strategy and tactics that led to this pivotal yet largely unknown moment. Indeed, following the Stonewall uprising of 1969, the campaign that culminated in the APA’s decision marks the first major step on the path to first-class citizenship for LGBTQ Americans.