THIS 17,000-SQUARE-FOOT GEORGIAN IS PERFECTLY APPOINTED— DOWN TO EVERY LAST DETAIL

Cindy Rinfret has made her mark with high-profile clients like Tommy Hilfiger and Regis Philbin, and has been recognized four times in the prestigious Andrew Martin Interior Design Review naming the top designers in the world. So what does she do to stay sharp? She takes on a sprawling 1980s Georgian on four and a half acres in mid-country, where only the most luxurious of appointments will be considered.

In 2015 the proprietor of Rinfret, Ltd., long a richly decorated storefront on Greenwich Avenue and now a sizable office tucked away on Lewis Street, was up for the challenge. A veteran of large, high-budget projects, Cindy made the sweeping gut redecoration, a principal focus for three years, leaving alone the acorn finials, neoclassical pediment, and portico with its bronze pendant lantern on a chain that dramatize the approach to the house.

At the request of her clients, already owners of several other homes, all 17,000 square feet of this one were to be furnished with the most lavish of fabrics, the most precious of stones, the most detailed of custom furniture, and objects and art acquired from faraway dealers. Plus, there were some choice antiques and Art Deco pieces in the couple’s collection that would be staying.

“This house was a wonderful Cinderella story,” says Cindy. “It was over-decorated. The beauty of the architecture was not showing through.

”On a February afternoon, frozen by an ice storm that brought to mind the 1997 film of the same name set in New Canaan, Cindy gingerly provides transportation and a tour. The home is situated in a soft hollow with a circular drive that’s appointed with an antique urn she found on a buying trip down South before she’d even drawn any plans.

Upon entering the red-brick beauty, you find yourself in a wide hall that at fifty-five feet long cuts clear through to the back of the building, showering the enclosed space in sunlight.

Underneath the staircase in the front foyer is a jewel of an Italian settee with contrasted welting, its frame painted the color of champagne. Across the space is an antique mahogany console from France, circa 1850, with fluted legs and ormolu mounts of gilded animals with wings. Flanking the console are mahogany side chairs with leaf carvings and gilded accents from Russia, circa 1800. “Travel is important to me because I always feel that homes, like life, are not static and [instead] a collection of where you have been and what has created who you are.”

As the home’s opening act, a pair of tableaus serves as a teaser for the surprises within. “I love a house that doesn’t show all its glory at the front door,” says Cindy of the natural progression a visitor makes through the space.

Indeed. The dramatic axis terminates in gracious French doors that overlook sculpted gardens, a stream that trickles under a bridge, and an assortment of neoclassical follies. “I personally have a thing for transition spaces, for places that you move through,” says Cindy. “Often they’re overlooked as design spaces, but to me they are so important in a home.

”Overlooking spaces doesn’t seem to be an issue for the New England Home Hall of Famer. The rear vestibule, a space she says is her favorite in the house, centers on a rosewood pedestal table. It has been arranged with leopard-upholstered Regency x-benches on paw feet, a travertine console held aloft by a pair of lions on a carved plinth paired with a trumeau mirror circa 1820, and side chairs carved from elm and blackened. The source of the designer’s pride, though, is a panoramic mural—grisaille panels featuring Diana the Huntress, relocated to the flora and fauna of western Connecticut. Cindy designed it and had it hand-painted on unwoven textured paper; it covers the walls from floor to ceiling.

With thirty years of experience in architecture and interior design, she says her job is far more complex and challenging than the Googling DIY set think. “Try it yourself, then you will understand that a professional brings expertise, knowledge and vision—and trade relationships that take years to develop. There’s a big difference between furnishing a home and designing a home. What novices see in magazines takes a complete thought. It’s not about picking one item, but coordinating the backdrop, completing the vision and getting it all delivered in a timely fashion.”

Her sentiment is spot on in this case. The entire interior space exudes the elegant vision of a professional artist for hire. The kitchen, which Cindy chose to design without the help of a kitchen designer, represents a complete replacement of cabinetry, work surfaces, backsplashes, furnishings and appliances. The showpiece is the eye-popping multiburner range by La Cornue and the look-alike, black-enamel hood with nickel straps that hovers above it. Other luxury essentials include a pizza oven, a shiny rotisserie (the amount of use is questionable given its shine), and a coffee bar where the brewer can be operated by a smartphone as the owner lounges in bed.

The challenge was to cultivate coziness in a culinary cavern, a forty-foot room of almost exclusively hard surfaces. Cindy chose softeners like the chairs, modeled after French Casino chairs from the 1930s and upholstered in leather with shiny nail-heads and ring-pull accents. In addition, there is a warm walnut island topped with book-matched slabs of coral sea granite with mitered edges, and a subdued Murano-glass tile for the backsplash. The space gets its sparkle from the hardware, and from the hanging cabinetry with fronts that consist of a distinctive layering of nickel chicken wire and wire mesh.

“This kitchen to me is my masterpiece because I love to cook and I understand what a great kitchen should have—style, function and a great wine refrigerator!” she says. “When designing, I want all rooms, including bathroom and kitchens, to feel like rooms not just functional spaces.”

The realization of any Shangri-la is rarely without a hiccup. One of this job’s hiccups came during the installation of the mantel and hearth of the living-room fireplace. The hearth snapped three times in transit from London where she’d found it at a dealer called Jamb.

“We finally installed slate at the base instead of the intended limestone,” says Cindy. “Things often happen for a reason, so the fireplace, I think, was telling me what it wanted to be because we all like it better.”

If the fireplace is the star of the living room, slate hearth included, then the understudy is the sitting area, conceived with coherence and calm. In a house with an abundance of new and custom pieces, here in the formal living room Cindy was able to reupholster much of her clients’ existing furniture, sofas and a club chair, in a smattering of tranquil hues. The serpentine-fronted rosewood commode boasts a Russian pedigree. And a mesmerizing painting by abstract expressionist Helen Frankenthaler, “The Other Side,” floats above the sofa.

In the expansive dining room, Cindy centered the action on a wrought-iron, twelve-lamp chandelier, finished in ebony and gilt accents, with lead and rock-crystal drops. It hangs over a round, satin-walnut table with inlaid nickel and a starburst detail. With its hand-carved side chairs, it’s the sort of room where, as a dinner guest, you’d like to linger over conversation.

Heavy slabs of stone were another hiccup. Hoisting ten-foot slabs of marble, including an intricately carved shower bench, up to the master bathrooms on the second floor proved dicey. “It takes a lot of coordination [to haul pieces] up the front flight of stairs and through all the twists and turns,” says Cindy. “After projects are complete and people see the pretty pictures, they have no idea of the praying, coordination and craftsmanship it takes to complete these designs.”

The orangerie, a feature of the original house though it looked like a late-in-the-game add-on, was an opportunity for Cindy to once again embellish using her imagination. Seventeen feet high at its pinnacle and nearly 1,000 feet in area, the sunny space is what makes the house special, according to the designer. She added elaborate interior trellis work to complement limestone floors and installed, within view outside, a statue of Diana the Huntress, the couple’s goddess of choice, that Cindy found for them on a buying trip.

“This room is multifunctional,” she says. “It can be used as a music room as well as a place to have coffee and read your paper. It acts almost like a ballroom as well for all entertaining needs. The guest gets that aha moment because it’s a surprise. How many homes actually have a real trellised orangerie?”

Appointed with a large mirror panel reverse-printed with the Dürer image of Diana in authentic eglomise style, the orangerie possesses a fantastical quality, especially given the proximity of magical gardens outside. (Diana makes additional appearances on accent pillows and on the hand towels in the wet bar.)

Cindy, who calls this house the Hermès of projects, underscores the importance of craftsmanship, such as the couture window dressings that give elegance, color and detail to a room while balancing the architecture as well as making spaces seem finished and luxurious. “True design is like golf. You see a great golfer hit a ball and you say ‘That looks easy,’ until you try it yourself. It is a humbling experience.” Walking through this brick beauty, one sees nothing but true design. 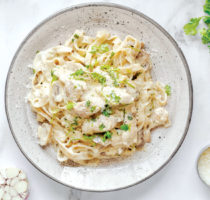 Fun outings to add to your calendar this month 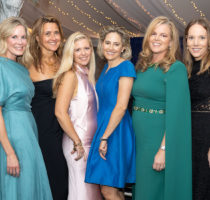