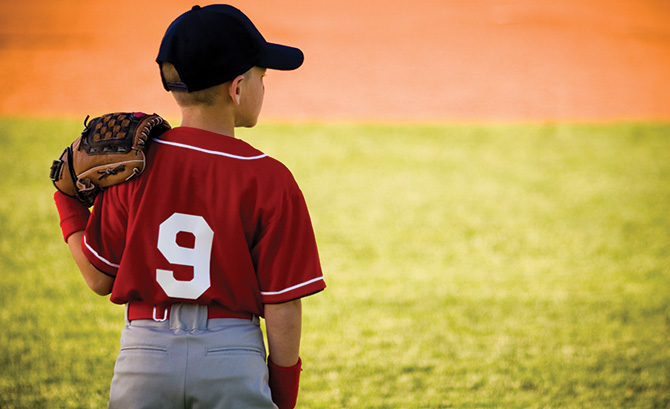 After a winter of hibernation, young athletes are probably ready (make that itching) to get back in the game. So it’s important to prep those growing bodies for all the physical hurdles spring playing fields bring, advises

While high school athletes often have preseason regimens carefully prescribed by coaches and trainers, younger athletes (think ages seven to fourteen) need some sport savvy preseason prep as well. Moderation is the operative word. “It’s important to remember kids are not mini-adults. For one thing, their growth plates are still developing,” says Dr. Greene, who also notes that an epidemic of overuse injuries in younger athletes has become so serious that a national campaign was recently launched to help prevent them.

To help prevent stress injuries, shut off the Xbox and nudge them outside to play. “It doesn’t have to be anything formal, but if you just get the body moving and gradually increase activity over a period of weeks, your body will have time to adjust. You want to avoid just going full tilt ahead when you haven’t done anything for months.”

Book a preseason physical. Dr. Greene suggests making a habit of arranging annual well visits before a sport season begins. “It’s a great time to look at musculoskeletal issues that can impact [kids], and also to check the heart and lungs,” he says, noting “that undetected heart issues, which can be serious, are often overlooked in young athletes.”

Encourage your child to warm up and cool down for at least ten minutes before and after practice and games. “Kids this age never want to do it, but it’s really important because a warmed up, compliant muscle can take more load before it’s injured.”

Never push a hurt child to play. “Kids this age should never play through pain,” says Dr. Greene, who adds that doing so “only makes it harder to recover from an injury.”

Encourage athletic versatility. “At this age, you should not be playing the same sport season after season, without a break,” he cautions. “Doing the same repetitive motions again and again is what leads to this epidemic of sports injuries we’re so concerned about.” And what if that young All Star announces he or she want to take a season off or simply try something new? “Give them that break,” says Dr. Greene. “When you force them to do it, you may just push them the other way.”