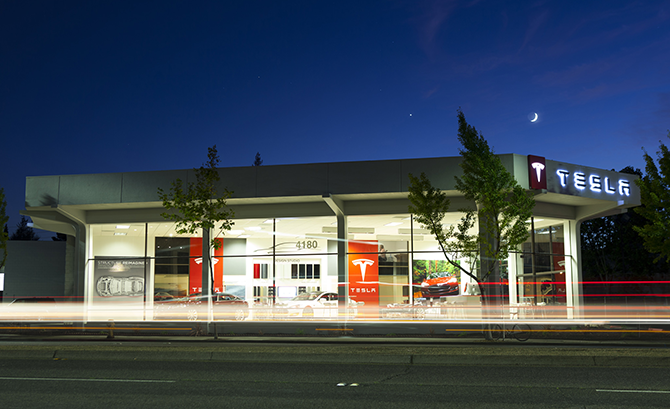 Currently there is a Tesla service center and "gallery" in Milford however they are prohibited from from selling or even discussing pricing. The current acquisition process for Connecticut residents is inconvenient at best. Purchasing a new car through a local franchise almost guarantees driving away in your new car within a few hours. Ordering a coveted Tesla could be equated to glorified shopping on Amazon with ten times the adrenaline rush (and about three months wait time) after hitting 'Place Your Order'.

Benefits to bringing Tesla's direct retail sales to Connecticut include revenue for the state and new jobs. However changing CT statutes raises great concern about how this could negatively impact franchise car dealers many of which are family owned businesses. All of the pros and cons will be heard at a future public hearing which will include representatives from Tesla Motors. The public hearing date is TBD.

In 2015 Tesla will offer two models, the Model S released in 2012 and the new Model X crossover which holds seven passengers will be available later this year with delivery in early 2016. This week at the Detroit Auto Show, Tesla Motors CEO Elon Musk spoke briefly about their forthcoming affordable Model 3 which is targeted at $35,000 and slated for 2017 release.