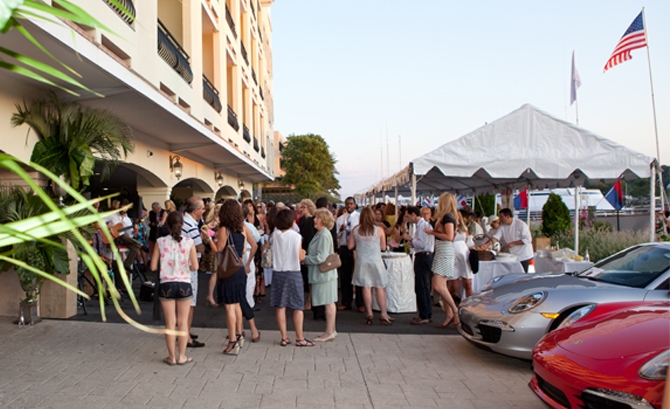 Almost 500 guests gathered on the delightful summer evening and were greeted on the red carpet by wonderful summer sounds from “Brasil Live” while enjoying specialty Chocolate Covered Orange Martinis graciously provided by Patron and Ultimat Vodka.

Moffly Media, the publishers of Greenwich, Westport, New Canaan/Darien, Stamford, athome and Fairfield Living magazines had also recently presented “The Best of the Gold Coast Connecticut” awards, highlighting hundreds of winners chosen by readers in all of Southern Fairfield County. Moffly Media also hosts the A-List Awards coming next month, September 13th and Light a Fire on November 8th at the Greenwich Academy.