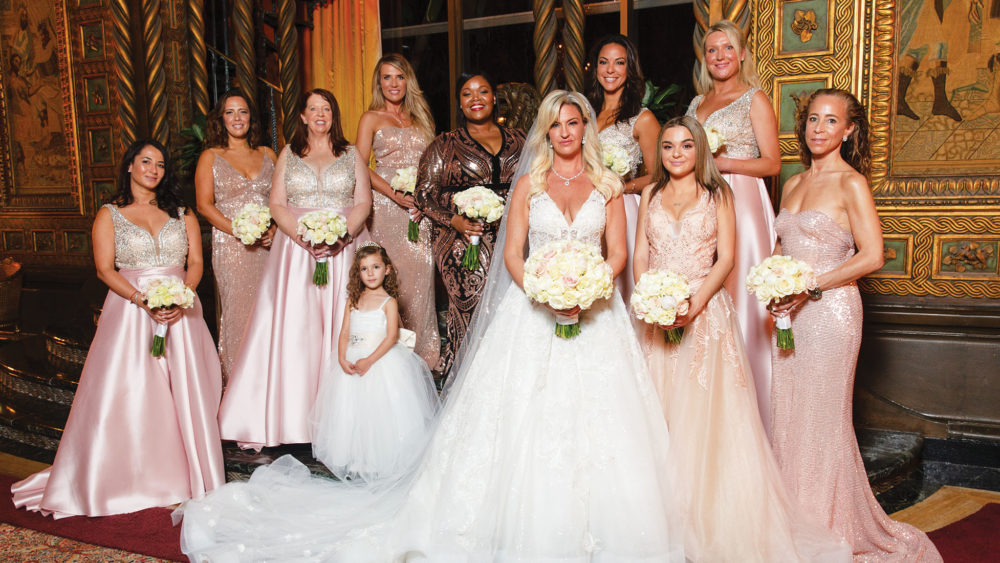 Above: Nicole with her wedding party – Photo: Jonathan Scott

Like a scene out of a 90s rom-com, Vincent and Nicole first met as teens, racing cars on the backcountry roads of Greenwich. When the two finally came to a stop, Vincent approached Nicole’s window and said, “What do you want?” Her reply? “Your number.” Soon the drag car cuties became a couple. While dating in high school, they would leave letters every day on each other’s cars (which they still have). The pair then took their love to Lehigh University. They did break up in college, but thanks to Facebook, the two reconnected twenty years later. One month after rekindling their relationship, Vincent proposed by writing I LOVE YOU in the snow on the windshield of his car.

Pastor Marvin Henk officiated at the ceremony at Mar-a-Lago in Palm Beach, where the reception followed.

The bride, daughter of Gina Tucci, graduated from Greenwich High School and Lehigh University. Nicole works in real estate and is a holistic health practitioner in Connecticut and Florida.

The newlyweds honeymooned in the Bahamas and Italy. They call Easton, Connecticut, and Coral Ridge, Florida, home.