If you can afford to retire at thirty-five, you can probably do whatever you want as a second act. Which is what Scott Gilbert did four years ago when he opened Blackbridge Motors, a high-end auto repair and restoration shop in a former warehouse in South Norwalk.

The New Canaan resident spent ten years at Goldman Sachs in Manhattan before leaving in 2016. “I left to do this,” says Gilbert, thirty-nine. “It wasn’t an afterthought. That job involved a lot of computer work and thinking, and there’s nothing wrong with that. But there’s a different level of satisfaction that comes from working with your hands and building something.”

Growing up outside of Philadelphia, Gilbert tinkered with cars as a teenager.

“I liked the freedom a car gave me,” he says. “But I also liked the complexity around it as a machine. I always gravitated toward cars, for reasons that I probably can’t really explain to this day.”

That passion led him to start up Blackbridge Motors. (“Black” connotes the seriousness of the work, “bridge” the link between old school aesthetics and new world technology and engineering.) His business model was simple enough: Identify a need, then find a way to satisfy it. 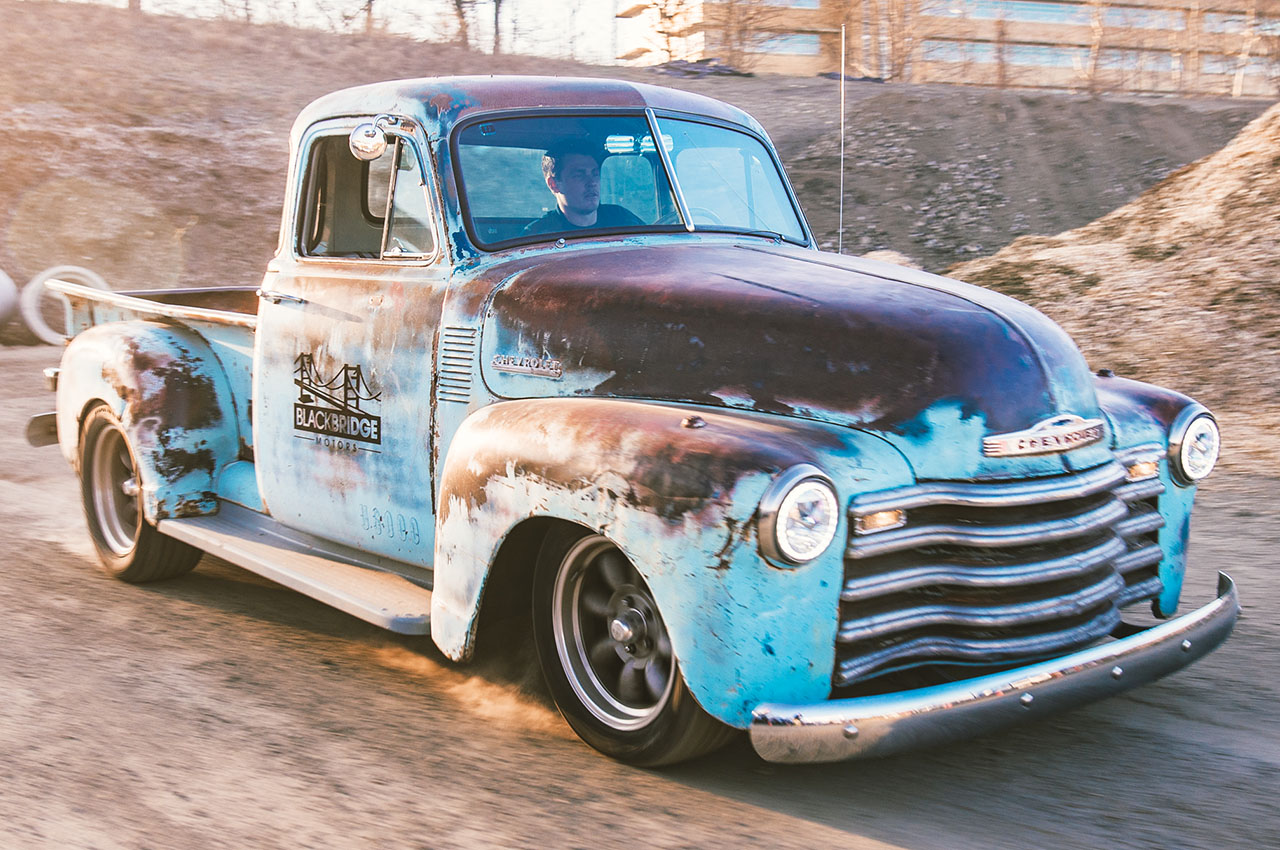 Fairfield County is high-octane automobile country, with enough car fanciers and collectors— in Greenwich especially—to support an enterprise devoted to repairing and restoring them. Gilbert has sponsored events for Caffeine & Carburetors, the gathering of auto enthusiasts that meets six times each year at Zumbach’s in New Canaan.

“You get a sense of scale when you go to one of these shows,” he says. “New Canaan is a relatively small town but the turnout is exceptional. The cars are a very important part of a lot of people’s lives.”

Gilbert has called the service Blackbridge Motors provides “an expensive ticket,” and that’s an understatement. Labor—for jobs ranging from brake repair and belt replacement to ground-up rebuilds and restorations—runs $150 an hour, with full restoration projects requiring as many 3,000 hours.

“It takes that,” he notes. “We take classic and vintage automobiles and make them modern. Our tag line is ‘Build Better Machines.’ It’s not just fixing cars—it’s re-engineering them.”

Basically, what Gilbert’s crew does is restore or re-create classic shells around completely modern, technologically sophisticated and reliable systems, including new engines and electronics. If a part can’t be found in the global marketplace, the crew makes it.

“The DNA of these cars is authentic—it’s just upgraded,” he insists. “You get the car you love to look at without sacrificing anything. That, I think, is what resonates with our customers.”

Out in the cavernous, 12,000-square-foot main workspace, flags from the foreign countries of origin for many of the cars hang from the rafters. Some dozen and a half vehicles sit parked in various stages of completion. Among them are a 1951 French-made Simca convertible, a French-made automobile, for a collector in Weston; a two-tone 1961 Nash Metropolitan; a rare 1974 2002 Turbo (only 1600 were produced); and several British-made Land Rover Defenders, one stripped to its bare frame.

Four years ago, Blackbridge Motors occupied just 2,500 square feet of the warehouse. Today, total rented space is approaching 25,000 square feet. And from a couple of mechanics, including Gilbert himself, the team of highly experienced and vetted employees numbers twenty, including two whose only job is reupholstery. And then there are the classics he himself owns and drives.