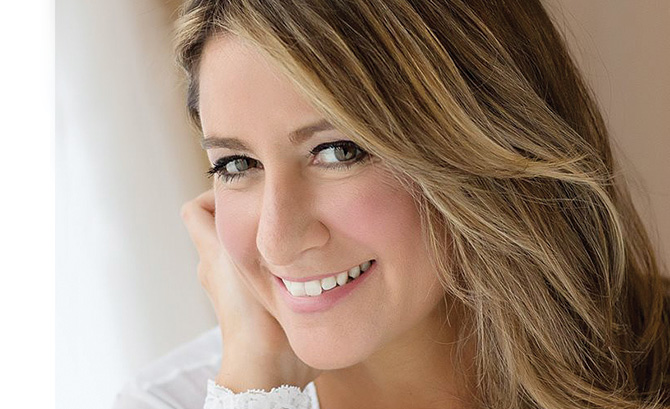 Wendy Sloane began her career working behind the scenes for legendary talk show host Phil Donahue. She went on to produce television and radio programs for Geraldo Rivera and Danny Bonaduce (of Partridge Family fame) before taking time off to raise her two children, now in their teens.

Five years ago, WGCH gave the effervescent host a local base for her “dream job”—producing and hosting What’s Up with Wendy. Her now nationally syndicated radio talk show deftly mixes celebrity interviews with hot, newsy topics. Catch her engaging banter on WGCH on Fridays at 11 a.m.

As Wendy prepared to celebrate her show’s fifth anniversary and WGCH’s fiftieth year on the air, we caught up with her.

You’ve had quite the career, beginning with The Phil Donahue Show.

Back then there was no Oprah. It was Phil. He had a great crew and I felt so lucky to be part of it. And as a boss, he was generous and beyond. I remember he took us to Disney on the Donahue plane. My job was the greatest job anyone could have because I did the [audience] warm up. I still ask myself how did it happen?

Why launch What’s Up with Wendy in Greenwich?

I didn’t want to have that crazy life in New York. I wanted to get my kids off the bus. One night five years ago, I was out to dinner with a bunch of girlfriends. There was a guy there who used to own WGCH. We talked and I told him my idea to have my own show. He hooked me up with Jeff Weber [the station’s consulting operations manager] and we went back and forth. And then it was, “Can you go on in two weeks?” I had no guests, no plan. I listen to that first show and I cringe. There was a lot of dead air.

Now, it’s been five years. I think it works because I do celebrities and news stories. That mix is in my blood.

Celebrities on a press junket can be tough interviews. How do you keep it interesting?

I like to ask for the first available time slot. If I’m the first interview of their day, they’re not burnt out. I try to make it as light as possible. And what I hear back is that I’m energetic and upbeat, it’s a good experience. I had Stacy Keibler on and they said, “Don’t talk about George Clooney.” I respected that she’s moved on and didn’t want to go there. With that approach, I’ve never had a guest be rude. Sometimes, I even end up being friendly with them. Monica Potter [Parenthood ] has been back on my show six times.

You have two teenagers. What bookings would impress them?

My daughter said, “Please get [YouTube celebrity] Bethany Mota.” She was having a meet up with her fans in Danbury and I called and they said, “She doesn’t do interviews.” But I said, “Oh c’mon, please, it’s just a local radio show.” [Bethany] was great. My son loves sports and I had [New York Yankees’ pitcher] CC Sabathia on. That was pretty cool for a kid who loves sports.